On Saturday, February 13, 2016, at 11:38 a.m., M-LFD Company 5 was dispatched to the Eastbound Long Island Expressway at New Hyde Park Road for a reported car fire. Deputy Chief Stone (8705) was the first unit to respond and arrive at the scene and advised that he had a fully engulfed car fire. E8758 arrived on scene minutes later and stretched their front trash line to extinguish the fire. The vehicle caught on fire while it was being towed, and the tow truck operator was able to remove it from his truck before it was fully involved. The Nassau County Department of Public Works was called to the scene at the conclusion of the incident to sand the roadway as ice had formed from the water used to extinguish the fire. 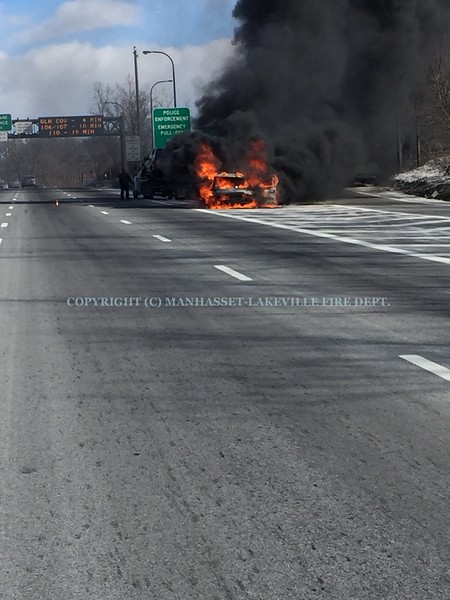