On Sunday, April 19, 2020 at approximately 7:04 a.m. all six M-LFD companies were dispatched to 50 Brompton Road, in Great Neck, for a report of an apartment fire. Deputy Chief Weisburd (8702) was the first to respond and was advised by dispatch that NCPD was on scene reporting heavy smoke from the 3rd floor with a person about to jump from the window. DC8702 arrived on scene moments later and transmitted a "Signal 10" for a working fire and advised that he had a jumper down and needed EMS forthwith. The crew of E8740, led by Captain Antonelli (8704C) arrived on scene and began a several hundred foot hose stretch to reach the fire apartment. EMS Captain Genser transmitted a MCI and requested several additional ambulances mutual aid and began triaging multiple patients. All five M-LFD fire companies operated on the interior of the building to contain the fire to one apartment, and assist dozens of residents with evacuating the building. A total of five patients were transported to area hospitals, with several others refusing care at the scene. The cause of the fire is under investigation by the Nassau County Fire Marshal's Office. 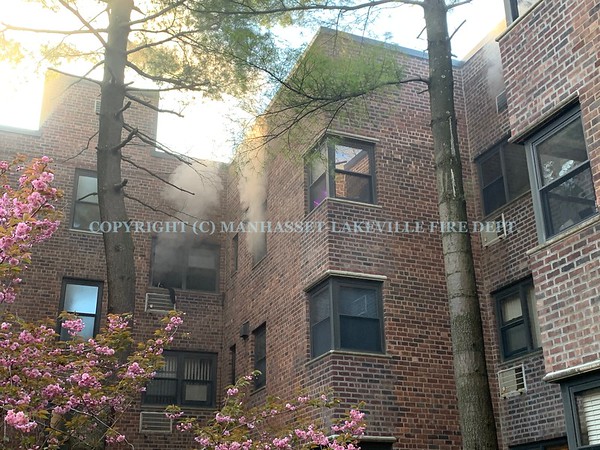