On March 14, 2019, at 9:45 p.m., M-LFD Companies 1, 2, 3 and L8743 were dispatched to a reported bedroom fire at 91 Onderdonk Avenue in Manhasset. DC Weisburd (8702) was the first to respond and arrive on scene, and upgraded the call to a general alarm, and requested that a FAS Team respond to the scene from the Port Washington Fire Department. L8743 was the first fire apparatus on scene and located a fire in a second floor bedroom. The crew vented and searched, while the crew of E8712 advanced a hose line to extinguish the fire.

Chief of Department Stone (8705) placed the fire under control at 10:17 p.m., and all units were released from the scene by 11:30 p.m. There were no injuries, and the cause is under investigation by the Nassau County Fire Marshal's Office. 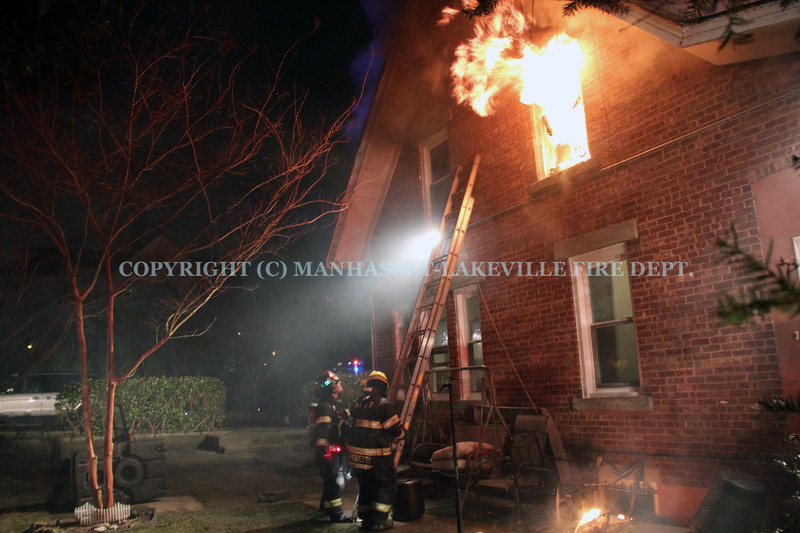