On Wednesday, September 7, 2016, at approximately 8:00 p.m., M-LFD Company 2 was dispatched to 300 Community Drive, North Shore University Hospital, for a reported car fire. Chief of Department Kiess (8701) and Deputy Chief Mazurkiewicz (8703) both responded immediately, and upon their arrival confirmed a fully involved car fire in the main entrance of the hospital. E8725 responded and quickly extinguished the fire. All units were released from the scene within 20 minutes. 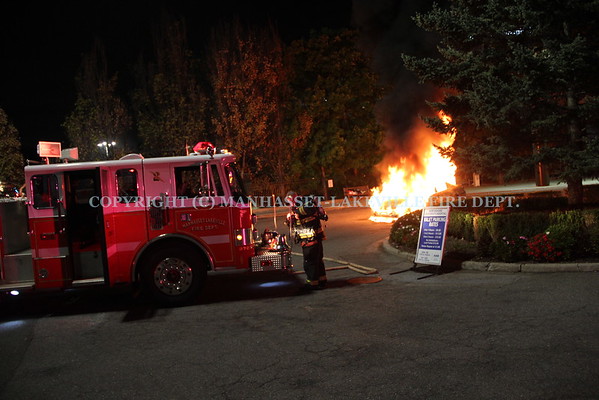 Photo by Lee Genser.  Click on the photo for additional pictures and a short video clip!