On Tuesday, July 28, 2020, at 12:02 p.m., all six Manhasset-Lakeville F.D. Companies were dispatched to 2 Horizon Road in the Village of Lake Success for a reported house fire. Units were advised that Northwell EMS had called it in, and were on scene reporting there was a fully involved house fire. Q8728 was the first piece of apparatus to arrive on scene and quickly stretched a handline to begin to knock the fire down. Crews from all five M-LFD fire companies operated to extinguish the fire, and the Ambulance Unit provided rehab and evaluation on scene to all members. The New Hyde Park Fire Department responded to the scene with a FAST Truck. The Nassau County Police Emergency Ambulance Bureau provided two ambulances and an MCI truck, while Nassau County OEM provided a MERV. The Nassau County Fire Marshal's Office also responded to the scene with a rehab unit due to the extreme heat and humidity. All units were released from the scene around 2 p.m. by Chief of Department Mazurkiewicz (8703) 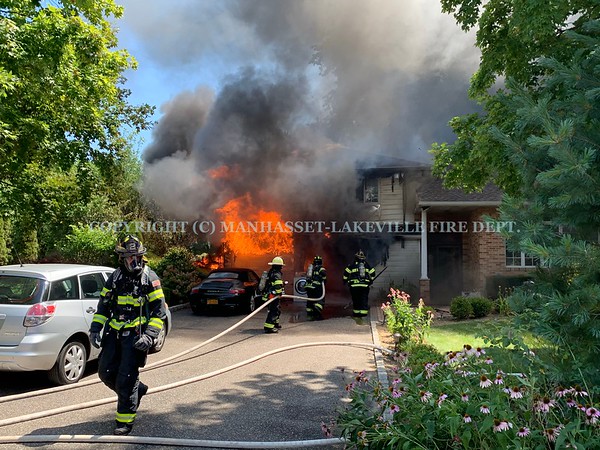