On Saturday April 16, 2016, at approximately 8:26 p.m., Manhasset-Lakeville F.D. Company 3 was dispatched to the intersection of South Middle Neck Road and Great Neck Road for a reported car fire. Deputy Chief Mazurkiewicz (8703) was the first to respond and was advised by M-LFD dispatch that he was receiving multiple calls for a fully involved vehicle fire. Deputy Chief Mazurkiewicz arrived on scene and confirmed a fully involved car fire, and added Company 4 to the call. E8735 and E8740 both responded and extinguished the fire. 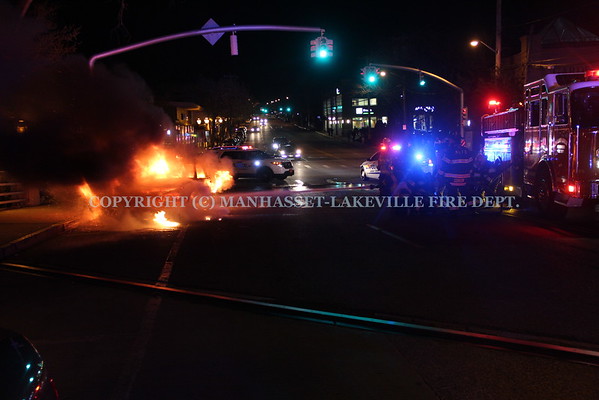