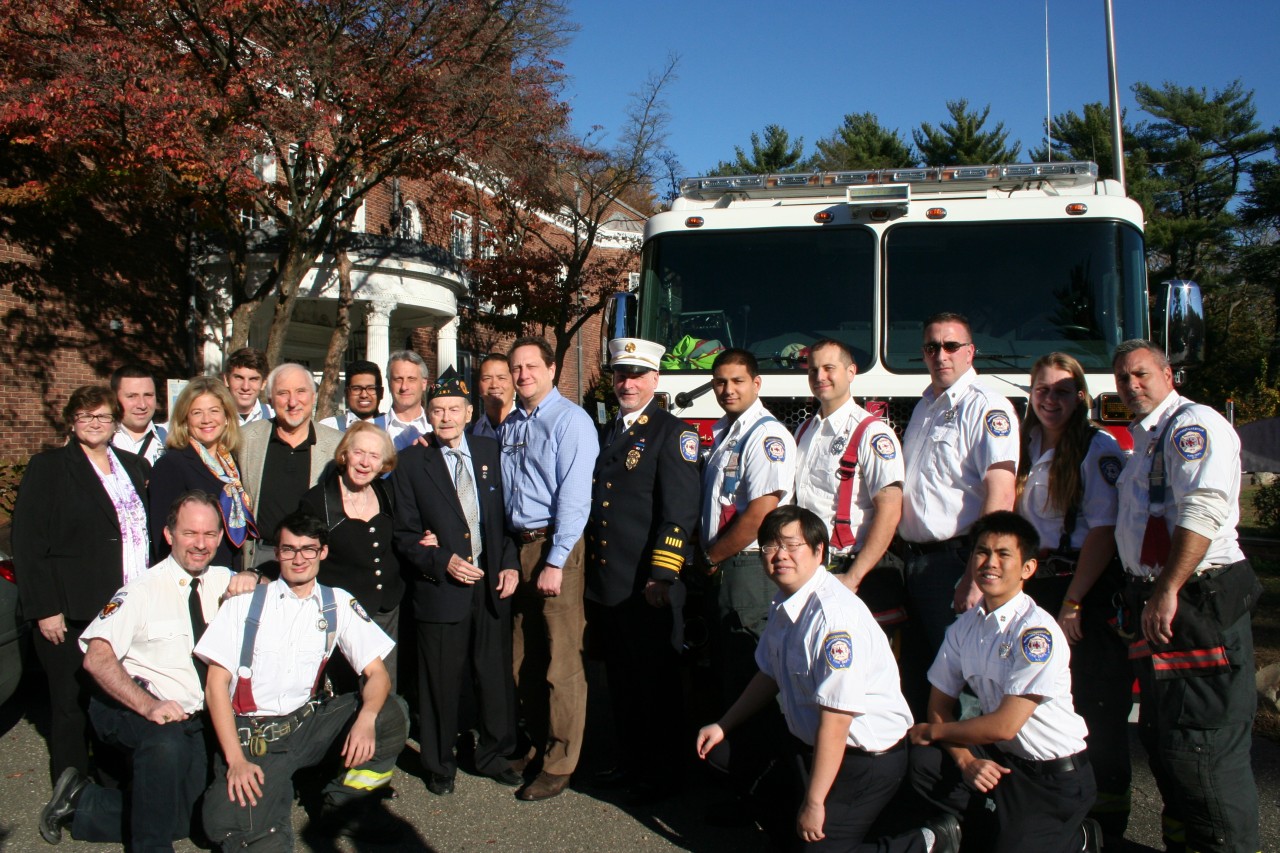 On Sunday November 13, 2016 members of the Manhasset-Lakeville Fire Department attended a ceremony at the Holocaust Memorial & Tolerance Center of Nassau County honoring Holocaust survivor George Oscar Lee who created the first professional Fire Brigade & Police Department in the Fohrenwald Displaced Persons camp. The Föhrenwald displaced persons camp was one of the largest DP camps in post-World War II Europe and the last to close (in 1957). It was located in the section now known as Waldram in Wolfratshausen in Bavaria, Germany. 2nd Deputy Chief Stone presented Mr. Lee, who is a resident of the Manhasset-Lakeville District, with a plaque from the department recognizing his contribution to the fire service.