On Thursday, July 6, 2017, at 12:07 a.m., M-LFD Company 2 was dispatched to 444 Community Drive for a reported vehicle fire. Deputy Chief Rice (8701) was the first unit to respond and arrive on scene, and found a fully engulfed van fire which was beginning to spread to the exterior portion of the building. With this, Companies 1 and 3 were added to the alarm. The crew of Q8728 arrived on scene and stretched a hoseline to begin to knock down the fire. The crew of E8712 stretched a second line off of Q8728 to assist in extinguishing the fire. Other units on scene included TL8720, E8735 and E8733. The interior of the building was checked for extension and a significant smoke condition was vented. The M-LFD Ambulance Unit was requested to the scene and responded to treat two patients with carbon monoxide exposure. All units were released by Deputy Chief Rice after operating for approximately 2 hours. 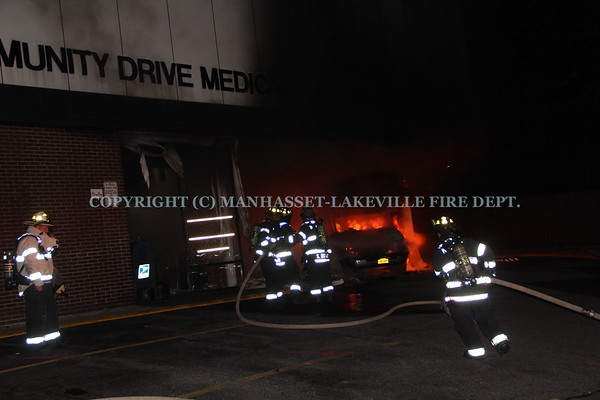