On June 21, 2018, at 9:15 a.m., M-LFD Company 5 was dispatched to the Northern State Parkway for a reported car fire between Shelter Rock Road and New Hyde Park Road. Chief of Department Stone (8705) was the first to arrive on scene and confirmed a fully involved car fire. E8725 with the District duty crew was the first engine on scene and immediately began extinguishing the fire. Other units on scene included E8758 and E8733. Photos and video by Stan Dybus. 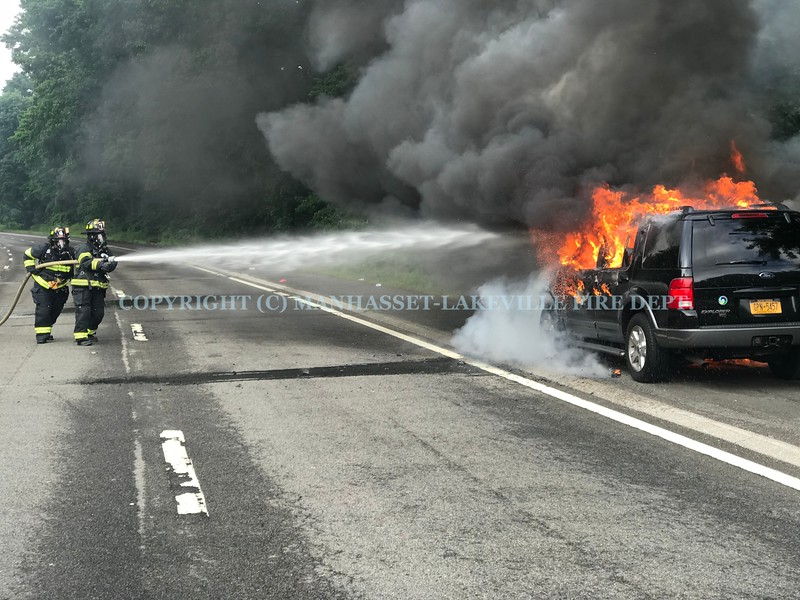